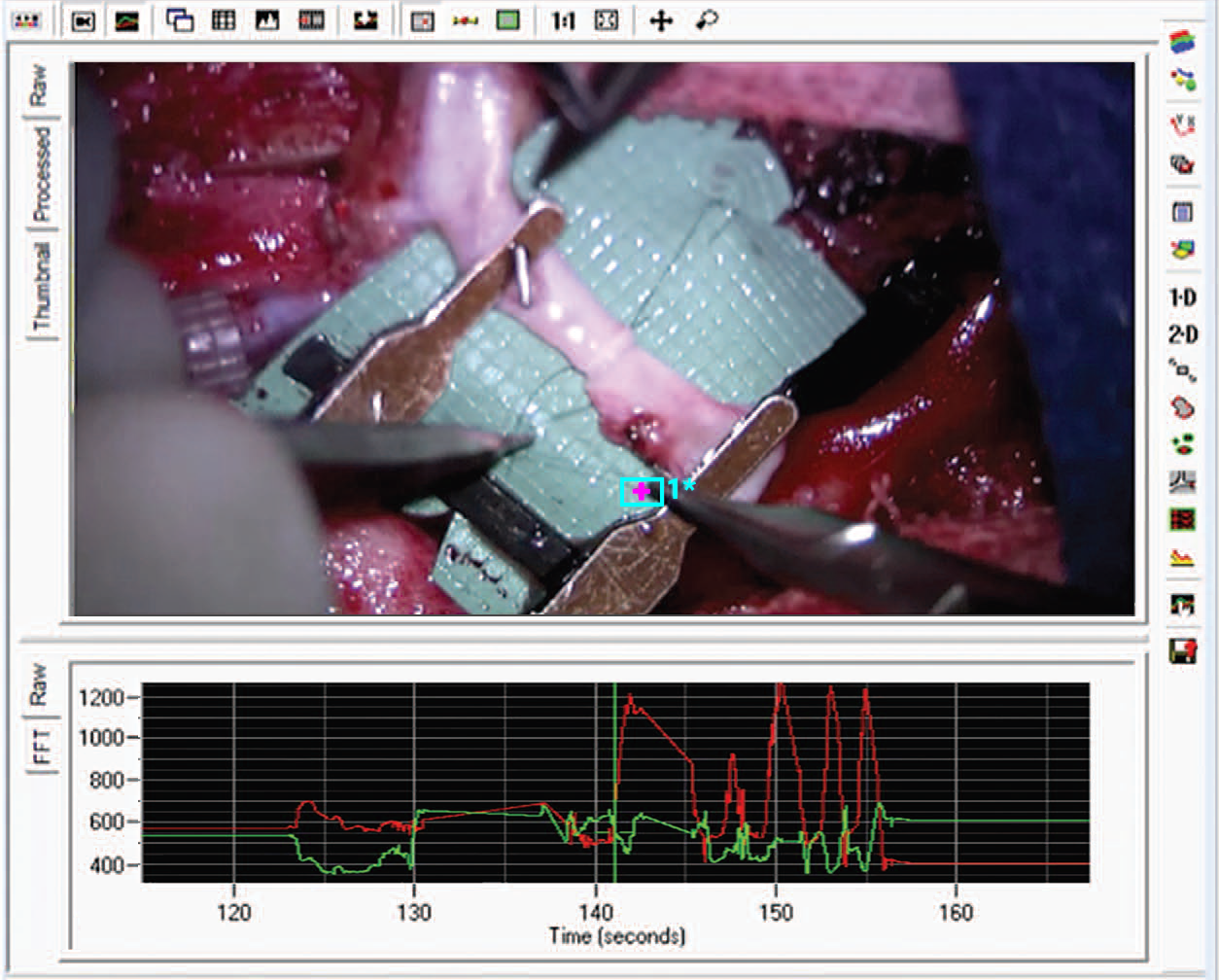 
ProAnalyst is being used in ground-breaking quantitative medical training studies to measure performance of residents at Stanford University Medical Center. 2-D Feature Tracking is being used to record instrument position and movement of medical residents as they complete several standardized individualized tasks. Performed over several years of residency, the results have been found to be beneficial in demonstrating both individual and overall microsurgical improvement.

"We used ProAnalyst to track the motion of microsurgical instruments to derive a reproducible, objective, and validated measure of microsurgical motion characteristics as a predictive scoring tool of technical ability.

Microsurgical video data were used to produce a mathematical model that can predict trainee experience based on motion profiles and derive a single cumulative score of overall microsurgical ability that reflects dexterity and economy of movement. "
- Dr. Rory B. McGoldrick
The motion of the residents' tools was compared to the motion performed by an expert using ProAnalyst markerless tracking, and was quantified based on data interpretation of several overall characteristics which relate to time, tremor, extreme movements, and overall pattern of movements. Motion analysis scores were compared to blinded global rating scores of the same videos using the Stanford Microsurgery and Resident Training scale. Once filters were applied, a direct correlation with existing qualitative reporting was apparent.

ProAnalyst's non-invasive video overlays can be used to create 'ghost' recordings, allowing the progress of one clip to be presented against the 'ideal' expert progress when performing identical tasks. When performing this analysis, 2-D Feature Tracking will output accurate and quantifiable location, rotation and velocity data. As a markerless non-contact based analysis method, ProAnalyst is ideally suited for use in medical surgical studies.